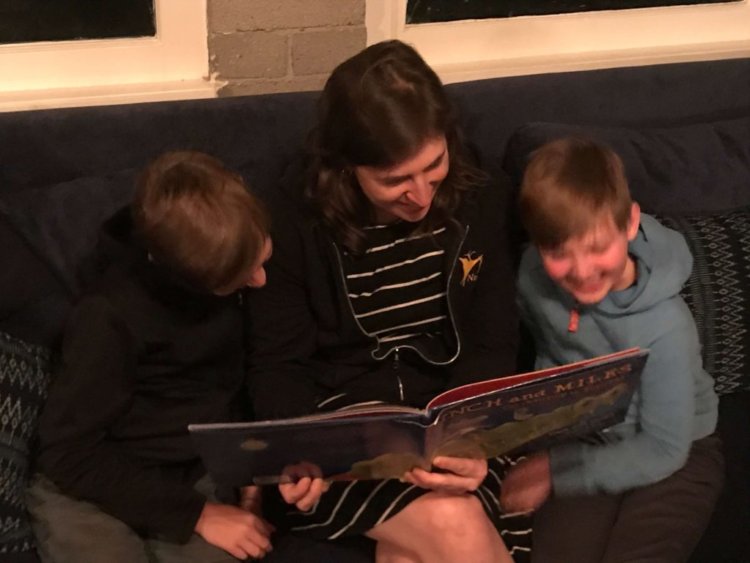 by Mayim Bialik who founded Grok Nation in 2015 as an online space for deep and dynamic conversations. She is a four-time Emmy-Award nominee and two-time Critics’ Choice Award winner for her role as Amy Farrah Fowler on the #1 comedy in America, The Big Bang Theory, has a PhD in neuroscience and is the mother of two boys. She is also known for playing the young Bette Midler in Beaches, as well as for her lead role in the early-1990s NBC television sitcom Blossom.

She is the author of four books: Beyond the Sling, Mayim’s Vegan Table (February 2014, Da Capo Press), the New York Times bestseller Girling Up, and her latest, Boying Up.

My older son is very special. He is very wise. He is a talented pianist and violinist. He has a ridiculous sense of humor and he is a giving soul. A sweet, sweet boy.

My younger son is also very special. He sang before he could speak. He feels music as if he were a seasoned composer. He understands lighting and perspective as an artist in ways I never could be taught. And he is special in other ways that I don’t reveal publicly, because I want to protect his privacy. But what I want to share is that we have found a few books that specifically speaks to specialness in kids, and helps our family tremendously in understanding them.

These are not books marketed as books for autistic or ASD children, but they are books about many aspects of being special that have led to many meaningful conversations, meaningful hugs, and meaningful realizations about our identities and our challenges as well as our gifts.

These are some of the books we turn to again and again which help both of my boys converse about how special we all are.