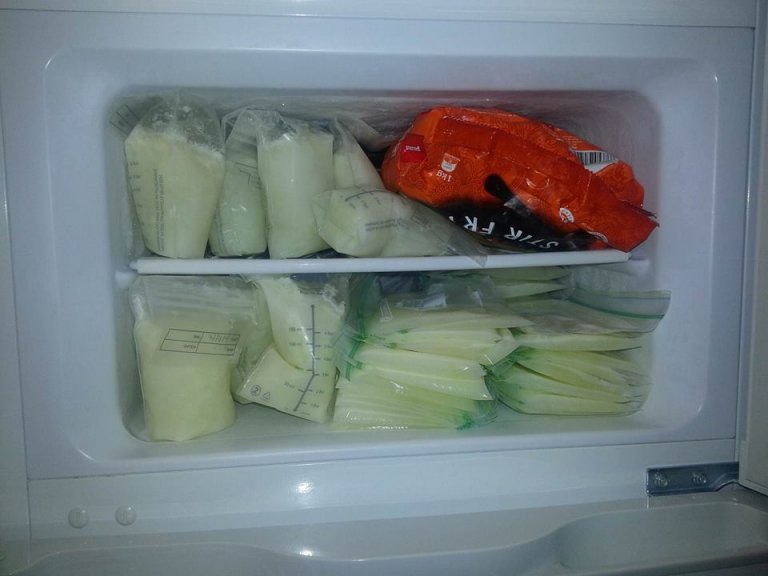 As hard as it tries, science simply cannot replicate the amazing properties of breastmilk. Packed full of antibodies that are invaluable to a newborn baby and their immature immune systems, breastmilk promotes a healthy growth of gut flora (microorganisms that live in the digestive tract), and lessens the risk of allergies and digestive issues, among other benefits too numerous to mention. So when a mother cannot provide breastmilk for her child, the breastmilk of another healthy woman is the next best thing.

My journey as a breastmilk donor began by circumstance. My three-year-old weaned a few weeks after my second son Billy arrived in January, but my breasts didn’t receive the memo. I was engorged and uncomfortable and still making milk for two; so I began using a breast pump to siphon off some of the milk. Billy doesn’t use bottles but I froze the milk because it’s liquid gold and I wasn’t going to toss it out!

My midwife suggested that I donate it, an option I hadn’t considered before. I learned that milk-sharing has been around as long as humans have; ensuring an infant’s survival when the biological mother couldn’t provide milk. Like many aspects of breastfeeding, milk sharing became less common when the advertising of baby formula was stepped up in the fifties. Often women are still producing milk after a baby weans, and also may have milk taking up room in the freezer. For women who have suffered stillbirth, donating milk can be cathartic and help with grief.

To prevent infections from passing from the donor to the recipient, donors should take blood tests to rule out things like HIV, Syphilis and CMV. Donors are permitted to consume caffeine and alcohol in small quantities, but some families may prefer donors to abstain completely. And while there are no medical tests that assess non-infectious contaminants of breastmilk like nicotine, medication or alcohol, instead recipients should question the lifestyle of the donor. This can be a leap of faith for some recipients, as it requires trust that the donor is telling the truth. For others, the assessment is as simple as “if it’s good enough for their own baby, it’s good enough for mine.”

My midwife emptied my freezer and filled hers, ready to help new mums who were struggling to establish their own milk supply. I actually don’t know how many babies were fed from donations through my midwife, at least five, maybe more. It made me feel like Superwoman and I wanted to do more.