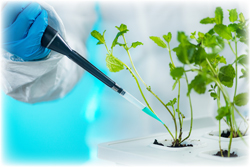 by Zen Honeycut, the founding executive director of Moms Across America, a non-profit National Coalition of Unstoppable Moms, and author of the book UNSTOPPABLE:  Transforming Sickness and Struggle into Triumph, Empowerment, and a Celebration of Community. Visit the Moms Across America website to find out more.

As a mother, my first and foremost concern is the well being of my family. Many things can threaten the safety of my family, especially our children, who are more vulnerable due to the underdevelopment of their bodies. One of those things is Genetically Modified Organisms, or GMOs which have been in our food supply for twenty years, unlabeled.

The safety of GMOs has been highly contested. While proponents of GMOs say that they are safe, recent studies show that they have inherent risks. They say that GMOs happen in nature all the time—like a hybrid. However, GMOs are created only in a lab with a gene gun and by a process that scientists have patented to protect their technology. GMOs are not hybrids and cannot occur naturally in nature. Genetic engineering, for example, the altering of DNA with foreign species, or editing out DNA to remove a trait from a species permanently, or altering DNA or RNAi for a desired trait, does not happen naturally. It is not found in nature in any shape or form. The scientists and media that say GMOs are natural are misleading the public. Many of these scientists are not impartial, but are instead supported by advertising dollars or grants to universities from the GMO/chemical manufacturers and have incentives to make these claims. Regardless of their reasoning, they are certainly ignoring the “precautionary principle”— the principle that the introduction of a new product or process whose ultimate effects are disputed or unknown should be resisted. Any scientist worth his or her salt will admit that many aspects of GMOs are still unknown.

Here’s what we do know—there are three general types of GMOs:

In a Bt (Bacillus thuringiensis) GMO corn, for instance, the Bt toxin from the carcass of a dead grain caterpillar is genetically engineered to continuously reproduce itself and create Bt toxin. It does not dry up and die off as it does naturally in organic farming practices. The GMO Bt toxin becomes a toxin factory. It is then put into the transfer “vehicle,” so to speak, of the cauliflower mosaic virus or other bacteria and injected into the DNA of the corn so that every single cell of the plant becomes infected with this virus or bacteria with the Bt toxin factory inside. When the corn rootworm eats any part of the corn plant, the Bt toxin creates a toxin factory in the rootworm’s stomach. The toxins cause holes in the worm’s stomach that break open, the toxin leaks into the worm’s body, and the rootworm dies. Bt GMO corn is a registered pesticide with the EPA. Most people would agree that a toxin that explodes the stomach of a bug is not a toxin that they would care to be eating in their corn chips, cereal, or tacos.

Herbicide tolerant (HT) GMOs—typically corn, soy, sugar beets, canola, and cottonseed—are genetically engineered to resist herbicides, so farmers can drive a spraying tractor or aerial spray an entire field and kill only the weeds. Over 80 percent of the herbicide tolerant GMO crops have been engineered to withstand glyphosate herbicides. Glyphosate, originally used as a pipe cleaner, is the declared active chemical ingredient in Roundup. Hundreds of millions of pounds of glyphosate herbicides are used in the USA every year. Although proponents claim that GMOs are not significantly different from non-GMOs, new scientific studies show otherwise. There is more than one problem with GMO technology and glyphosate-tolerance traits:

WHAT I AM CALLING DT OR DESIRED TRAIT GMOS